Over the years, we have seen labour practices, policies, and work conditions change. Workwear is no stranger to evolution as well. The history of work clothes is so diverse and characterised by zeitgeist – the atmosphere and the Spirit of the Age – and the generation that wore them.

There is really no single definition and description of what workwear looks like. A country’s office, not to mention a company’s own corporate culture, can determine to a great degree, the type of uniforms the employees wear.

But culture is not the only catalyst for change in workwear history; age and societal experience are factors, too. For some business mentors and personalities such as French author Mireille Guiliano, clothing is a part of your packaging – your brand – which conveys a message to your colleagues, boss, associates, and customers.

The History of Work Clothes

The wearing of work clothes started early, specifically at the time when servants at European courts had to don uniform garments. Then called occupational uniforms, these non-military civilian uniforms were worn during special occasions and work periods. They were usually provided by the employer and often came in specific colours and badges to signify a worker’s rank and function.

Court liveries were the first uniforms in Europe. Liveries come from the French word livrer, which meant “to deliver.” Liveries were worn by servants in a household. Although court liveries were simple and Spartan in style and form, the coat of arms of the family and/or the master of the household appeared in the badges, buttons, and trimmings of the work clothes. This became a trend and the norm back then: the more elaborate and decorated a livery was, the more distinguished the master was expected to be. In Germany, on the other hand, Frederick II decreed that postal servants must wear uniforms, and by that, he meant blue coats with orange cuffs and collars. Like in other European countries, the uniforms in 18th century Germany were distinguished by the servant’s ranks. Thus, postmasters sported different accessories from postal attendants and the postal secretary. Uniforms had a dual purpose then: to set the servants apart from the general public and to show the financial capacity of their masters.

By this time, class distinctions and ranks became more complex. Liveries were still elaborate, to the extent of wearing more than one set of work clothes in a day. In time the era of liveries died out and gave way to justaucorps, which were worn during formal occasions. Servants also wore tailcoats daily. In most states, uniforms for government officers had to be embroidered in silver and old thread. The Duke of Brunswick, in contrast, wanted servants and employees to wear uniforms of various colours and designs. Prussia and Bavaria had stricter codes, however; uniforms to be worn should have one colour, usually in a deep blue shade.

Officers who could also afford to have their uniforms personalised had to follow regulations set by the government, which included complying with patterns and embellishments required for each rank. 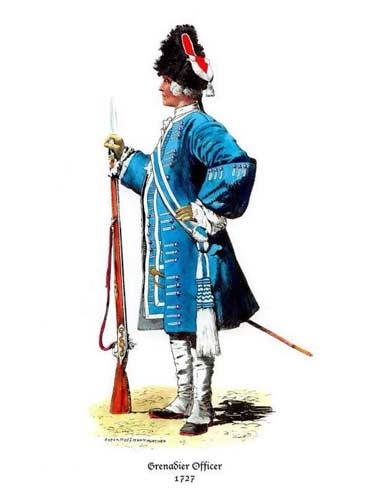 At the turn of the century, work clothes became more fashionable. The Silent Generation, who worked between 1925 and 1945, saw the devastating aftermath of the Great Depression. Gone were the elaborate and decorated uniforms. Instead, they were replaced by conservative, if not rather dull and muted, work clothes. The focus was to build companies from scratch, to be more practical with expenditures than to distinguish each employee according to his rank.

After the Second World War, the corporate world saw the rise of Baby Boomers, who grew up at a time of great social change and radical political movements. There was a more flexible approach to life and work, which directly affected workwear. Both employees and employers dressed to express their rank (or importance) and their rewards. Hence, many sported designer labels and incorporated their personal styles in their office wear.

But as the Generation X of the working world ushered into the scene, the fashion and corporate worlds collided for individuality. This generation of workers was single-minded and was known for getting the job done pronto. Workwear was not as flashy as that in the 50s and 60s, but corporate wear saw a flurry of high collars, lapels, and starched business suits. A splash of bold colours was the answer to the dull office atmosphere.

However, this would not last for long, for the Generation Y of workers soon lent a creative hand in workwear. This generation drew their strength from innovation and creativity, which determined to a great deal about what they wore. This was the grunge period, too, so people at that time might have seen a dyed shirt, a statement shirt, and a quirky handbag at work. Designer labels were not so much the distinguishing mark of an important person in the company; the main goal was to look fashionable yet feel comfortable in his own skin. While dressing too casually for work was –and still is – a no-no, smart casual and preppy office clothes became the norm.

Insights were provided by Web designers in Essex

The line between what’s formal and informal workwear remains blurry, as people are encouraged to experiment and be more creative with what they wear. Fashion, functionality, and comfort are the top things that dictate workwear designs. Dress codes have become more flexible, giving way to the individuality of each employee. Go to any corporate office today, and you’ll see a mix of French chic, Japanese anarchic fashion, American comfort, and English sensibility all in one room. While some companies still have regulations in workwear, especially in blue-collar jobs, a premium has been put in semi-casual outfits. Work shirts are made of cotton, and employees are allowed to dress up in jeans for added comfort.

As Angela Barnard of mylondonstylist.co.uk says, companies should stop dictating dress codes. Rather they should encourage their employees to dress smartly to indicate the company’s brand, but not without a touch of their personality. Workwear, like your everyday clothes, send a message, so people should also think about what they put on so as to not send mixed messages to their clients and colleagues.

Trade Insulations, who are an Insulation supply company adopt a strong uniform to strengthen their brand presence. Their workwear is personalised and therefore adds a professional touch to their business.

Workwear for tradesmen and women was seen as fashionable after the rise of brands such as Dickies. People all over the world are now wearing workwear for fashion. The workwear industry has transformed dramatically. In the modern era, workwear and uniform give people a sense of identity. Check out our website for high-quality workwear. We can even design your uniform for you, simply get in touch with us.